Welcome to my page!

I’m a fitness and health coach for women who are ready to gain confidence and strength and build an unbreakable foundation of healthy habits and live a happy and balanced life.

I’m a fitness and health coach for women who are ready to gain confidence and strength and build an unbreakable foundation of healthy habits and live a happy and balanced life.

Before I was a coach, I was an Olympic athlete.

It didn’t happen overnight that I decided to become who I am now. Since I can remember I was always passionate about sport, competing, being the fastest.

... But let's start from the beginning

When I was only three years old I participated in the first luge competitions and since then I didn't stop until I made it 2010 to my first Olympic Games in Vancouver, Canada. Back then I was 19 years old and I kept on working on myself to become stronger, faster, and more experienced and with 23 I was again in the Olympic Team for 2014 Sochi, Russia.

That time I didn't go there with the Olympic spirit and mindset “participating is everything” NO! I was there because I wanted an Olympic medal and I almost got it. However, almost having it was not good enough and I felt very played and frustrated that I decided out of nothing to quit. I know, a very impulsive decision but since then I never wanted to go back. 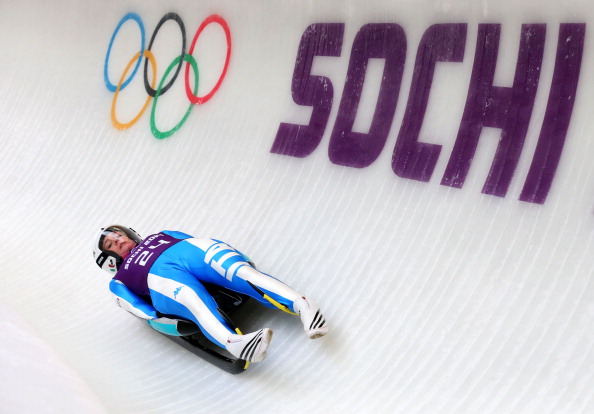 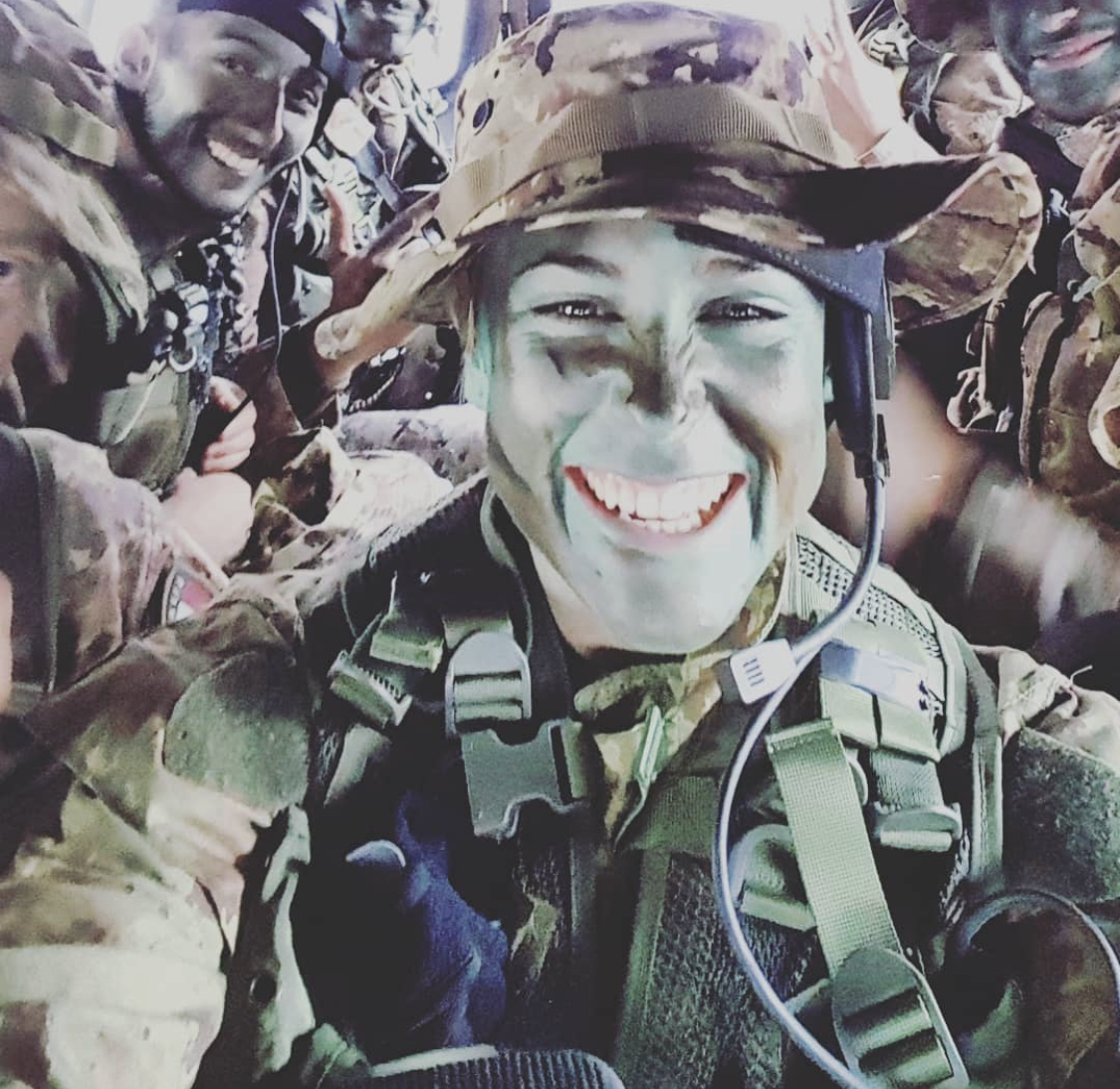 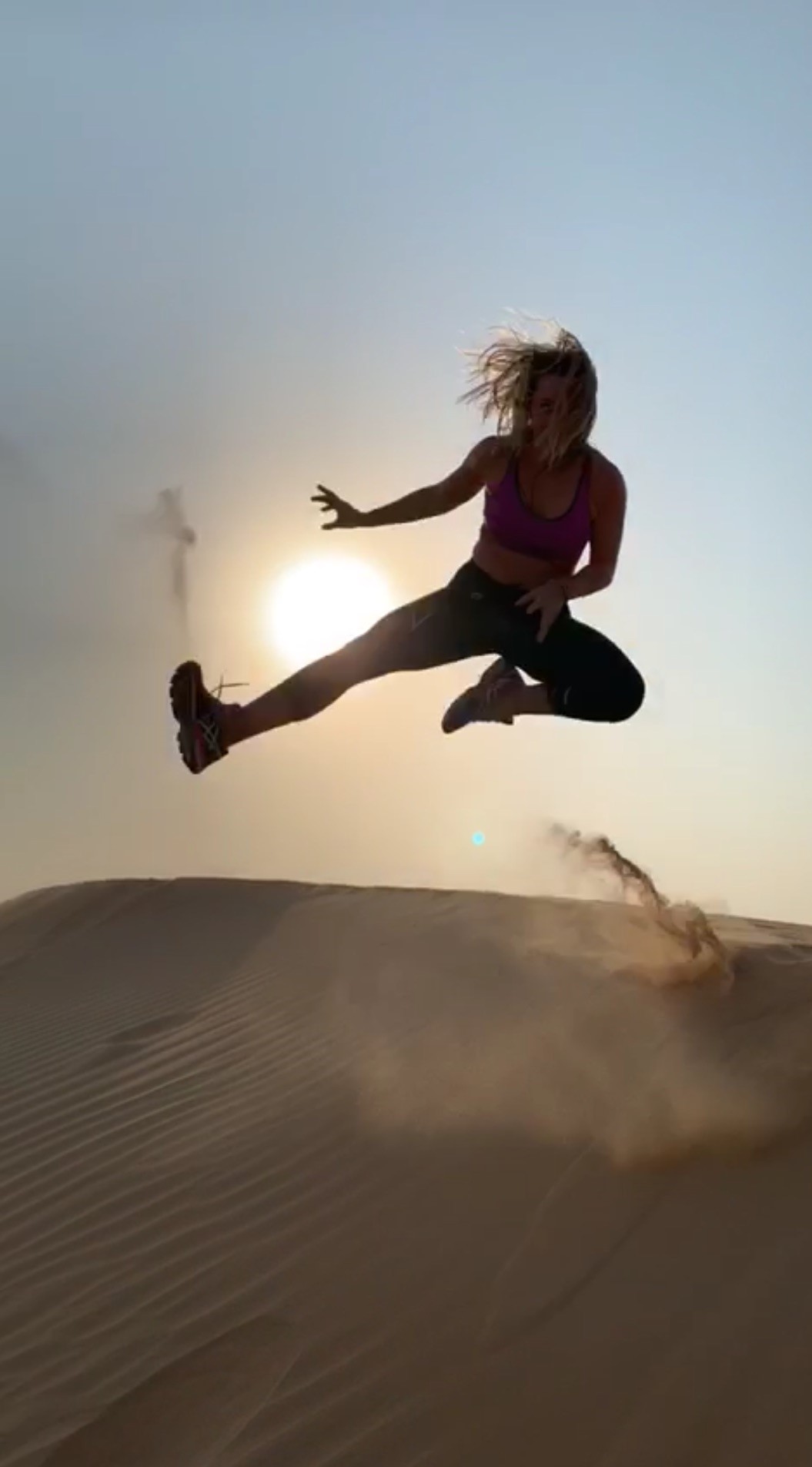 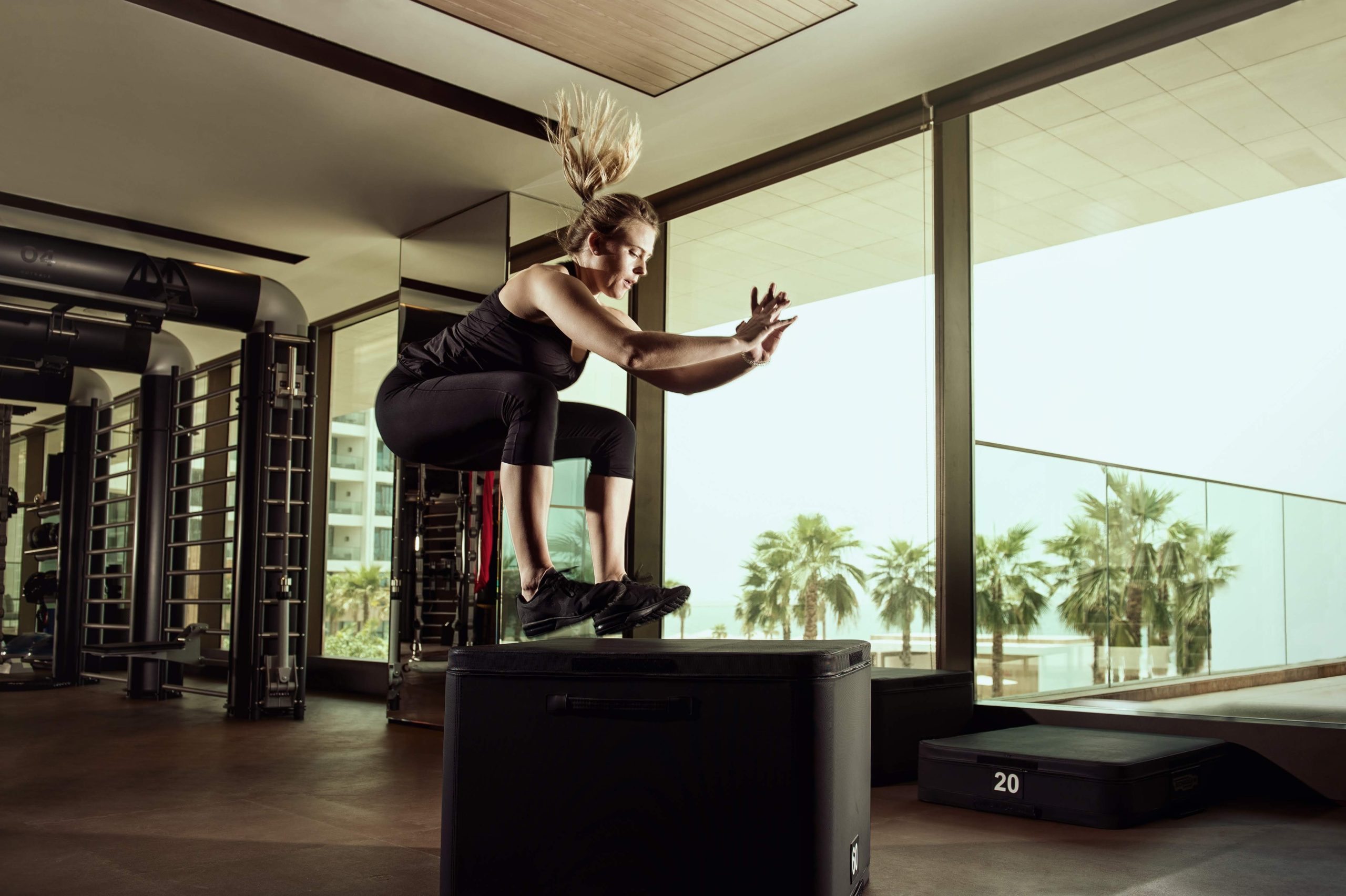 After my athlete career...

... I served for more than two years in the Italian Army where I learned a lot about surviving in nature, shooting, climbing and a lot of new limits were tested and crossed. Very beautiful experience but my body was very exhausted being always under physical and mental pressure and I started to work with my dad in his company.

Yeah, that was not a smart decision. My body went from 200 to 10 and I felt so bored and unbalanced. Sitting in the office and talking or begging clients to pay their bills was definitely not the job I was made for. Plus that time I had a really toxic relationship and my energy was so drained that I thought it would be a good idea to run away and start from zero in the desert.

Luckily I had a plan B. During my athlete career, I studied to become a personal trainer, because none would hire me in Dubai as a luge athlete or a very untalented office woman. I got hired straight after. Dubai sounds amazing and is a real paradise for personal trainers and it was very cool for some time but I really struggled during the summer months. It was way too hot and the fact that I couldn't do anything outside damaged my mental health.

I PLANNED TO MOVE TO HONG KONG, MIAMI, OR CANADA BUT THE UNIVERSE PLANNED SOMETHING ELSE.

In Autumn 2019 I found out I was pregnant. It seemed my life was falling apart. Being pregnant and not married in Dubai is illegal. I wanted to live wherever but never again in Italy and suddenly I was forced to move back home and face the demons I was running away two years earlier. Once I accepted my pregnancy I realized the gift I received and I started to fall in love every day more and more with my growing belly and now that Elliana is almost two years old I couldn't imagine a life without her.

But yes, here I was again. In a town where I didn't want to be without a job and being pregnant. The situation was everything else then relaxed. My family was very happy that I came back with a little +1 and they supported and still support me wherever they can. For me it was clear, I didn't want to work for someone or do a job I don't like and the only option I had was to do my own thing.

Believe me, it scared the hell out of me doing this step and starting my own business. I was (I'm still) single, it was and it's still COVID pandemic and I didn't know if anyone would start to work with me but I did it. I started my business and today I couldn't be happier that I dared to go out of my comfort zone. I’ve always been deeply passionate to help women during whatever phase they are facing I'm still here willing to help every woman who decides to change something to be a better version of themselves for themselves.

In the end…it's always about you!

Here are three things I love

Elliana is my two-year-old daughter and I couldn't imagine a life without her. 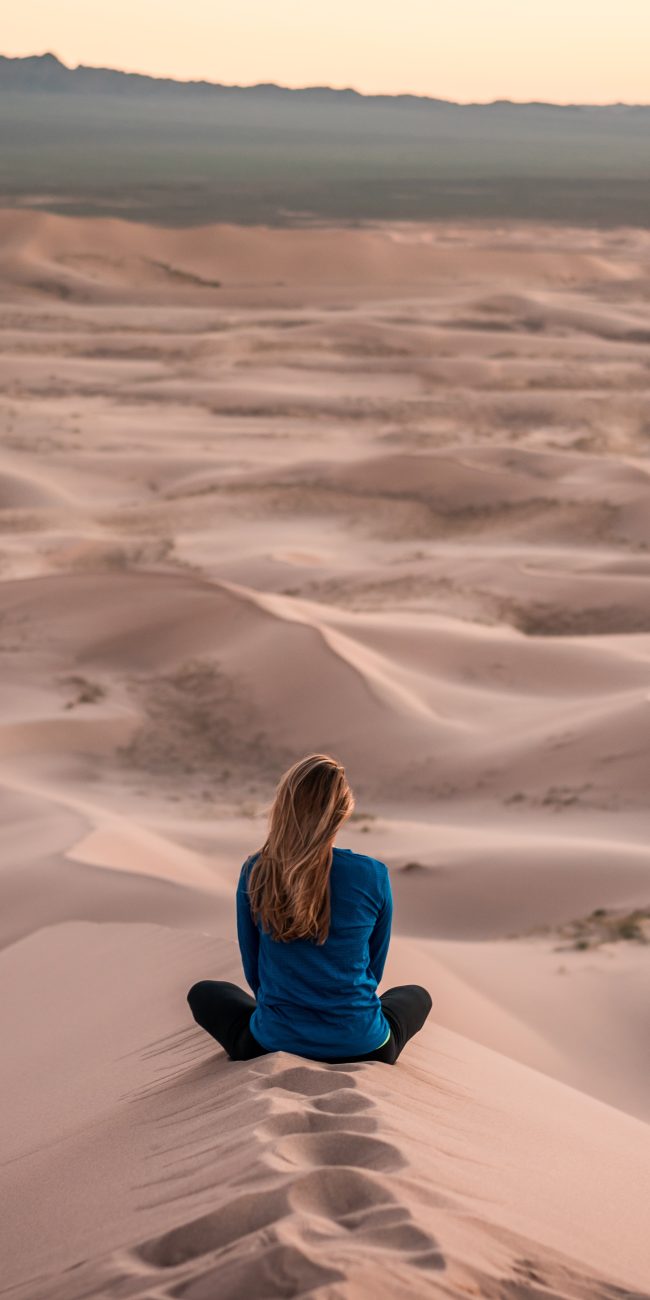 A mental and physical transformation journey to build an unbreakable foundation of healthy habits and finally live a happy and balanced life. 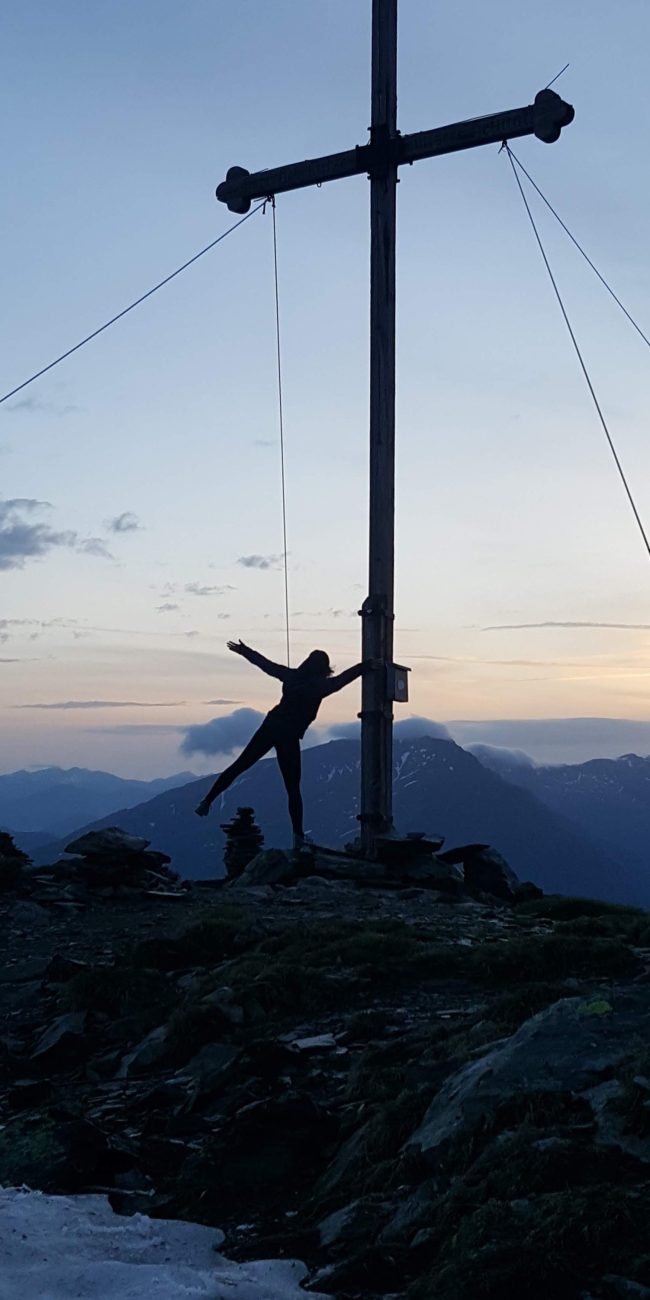 relaxing, charging energy in the nature

A mental and physical transformation journey to build an unbreakable foundation of healthy habits and finally live a happy and balanced life.

Get to know me!

Still unsure of what is the best program for you? Want to get to know me better? Book your free consultation with me! I look forward to meeting you.

Here are my programs 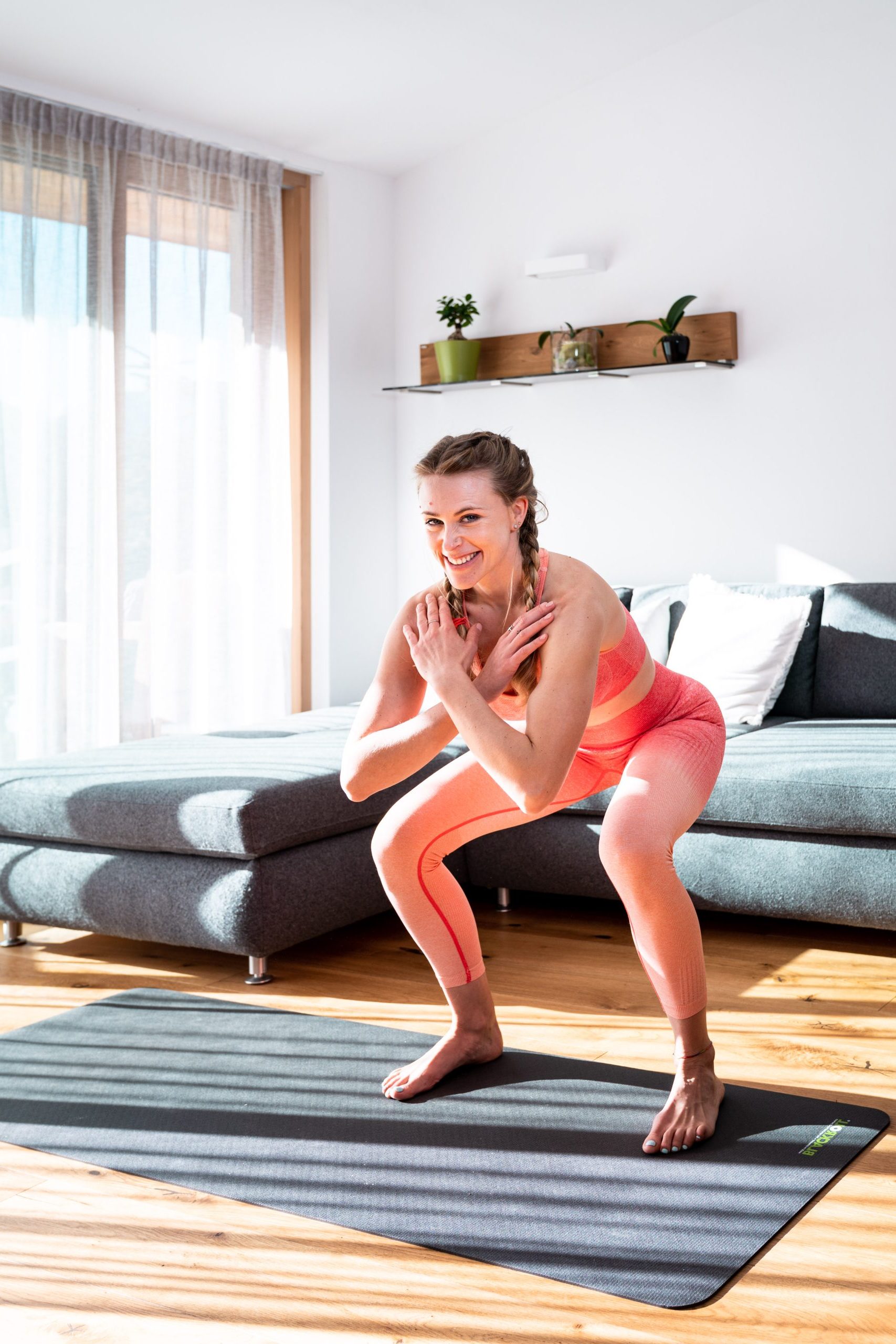 Why do diets work for some time and then you stop seeing results? Well, there are mainly three reasons why.

Why working out during pregnancy?

Why working out is important both for you and your baby? Studies show that women who exercise and stay on a well-balanced diet have a better pregnancy.

Do you believe in destiny? A short story about me

Do you believe in destiny? Sometimes I think about my life and I start wondering what would be different if only one event would change.

Read More
We use cookies on our website to give you the most relevant experience by remembering your preferences and repeat visits. By clicking “Accept All”, you consent to the use of ALL the cookies. However, you may visit "Cookie Settings" to provide a controlled consent.
Cookie SettingsAccept All
Manage consent

This website uses cookies to improve your experience while you navigate through the website. Out of these, the cookies that are categorized as necessary are stored on your browser as they are essential for the working of basic functionalities of the website. We also use third-party cookies that help us analyze and understand how you use this website. These cookies will be stored in your browser only with your consent. You also have the option to opt-out of these cookies. But opting out of some of these cookies may affect your browsing experience.
Necessary Always Enabled
Necessary cookies are absolutely essential for the website to function properly. These cookies ensure basic functionalities and security features of the website, anonymously.
Functional
Functional cookies help to perform certain functionalities like sharing the content of the website on social media platforms, collect feedbacks, and other third-party features.
Performance
Performance cookies are used to understand and analyze the key performance indexes of the website which helps in delivering a better user experience for the visitors.
Analytics
Analytical cookies are used to understand how visitors interact with the website. These cookies help provide information on metrics the number of visitors, bounce rate, traffic source, etc.
Advertisement
Advertisement cookies are used to provide visitors with relevant ads and marketing campaigns. These cookies track visitors across websites and collect information to provide customized ads.
Others
Other uncategorized cookies are those that are being analyzed and have not been classified into a category as yet.
SAVE & ACCEPT

It’s my vision and heartfelt passion to help you feel the best version of yourself by transforming your mind, body, and soul. Why? Because when you love yourself you are unstoppable and unbreakable.